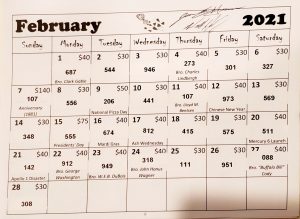 Check your calendars! You may already be a winner!

Check your Calendars, you may already be a winner! 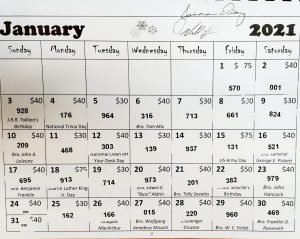 Our meeting schedule is being dictated by our Governor’s Executive Orders as regards public gatherings. Our events up to and through June 6th stand to be cancelled unless the restrictions lift before then. I along with advice from other 20th District Masters and RW Vince, DDMG are putting together guidelines for soft openings when we can resume labor. The finer details will be released later, but the preliminary thought is to practice social distancing in the Lodge and leave it up to the individual Brother to wear protective measures.I will keep you informed as we get closer to getting back to Lodge. 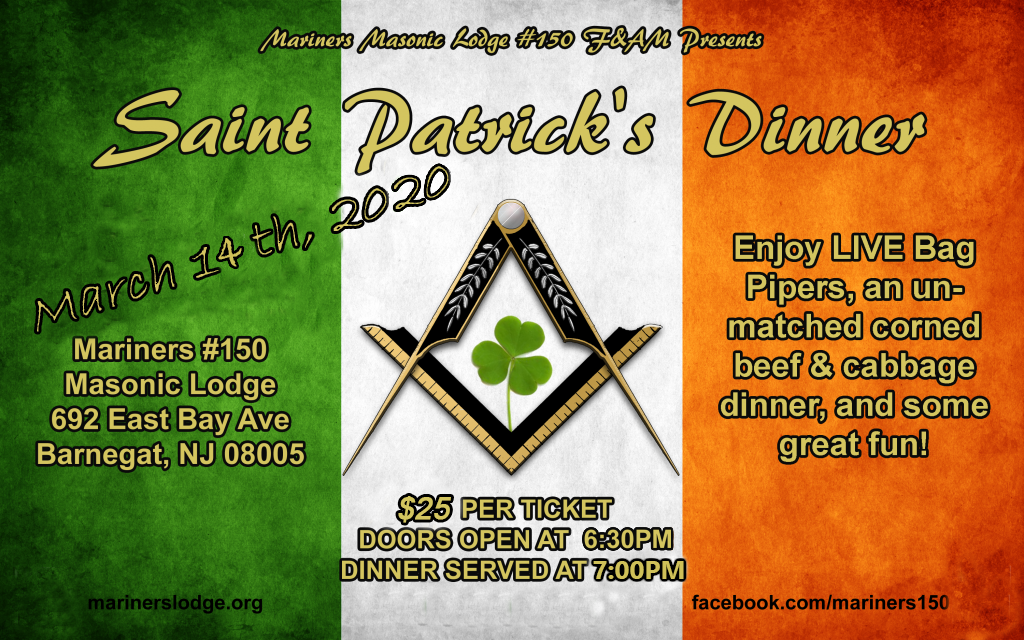 The 2020 Easter Food Drive is under way.
Lets make Easter more comfortable for those in need!

Easter is April 12, 2020. Mariners Lodge No. 150 F&AM is accepting non-perishable food items that will be donated to the food bank behind our building. We will accept Turkeys closer to Easter so that they can be kept fresh.

Mariners Lodge is accessible on the First Monday of every month.

Mariners is also accessible between the hours of 6:00PM and 7:30 PM on the second and fourth Mondays of every month.

Please contact WB Jeff Rawley, Bro. Tom Kastka, Bro. Dave Rosen or WB Doug Harper if you need to make other arrangements to gain access to the building to drop off food.

Tuesday January 21st: District Lodge of Instruction at Harmony Lodge – Yes, it is a Tuesday!

Brethren,
I did not really know John Kaiser like some of you did.
We talked and exchanged pleasantries, but never got
into discussions about life where you really get to know
someone. He always complimented me on my work or
how I carried myself. He always told me, “You’re going
to be a good master, Steve.” I hope I can live up to his
expectations. He was a central piece to our Lodge. He
transcended all adversity and was loved by everyone.
He never had anything bad to say about something and
always had something good to say about everyone.
His seat was occupied by Bro. Robert Golomb for our
Master Mason degree in November. He did a fantastic
job. John would have been proud to witness his
performance. John’s seat was vacant for our meeting in
December. It has been vacant before, but this time the
silence meant something different. We all noticed it, but
no one openly acknowledged it. It was just something
that was understood. John, you will be missed…
“You are not better than anybody else. You just
might be luckier…”
This is the one piece of advice my future father-in-law
Michael Hogan gave me when I first met him when I
was 17. He gave me a lot of advice, but this is one
piece of advice that stuck with me and shaped how I
live my life.
Mariners Lodge is committed to helping those less
fortunate than us. Especially in times where family is
missed the most, or that time with family can be made
that much better. An Easter food drive is currently
underway to provide food for the needy. Our normal
events are being scheduled and we plan to add others
to ensure Mariners is in the background while keeping
our good work in the foreground.
Degrees are scheduled for the second meeting in
January (EA), February (FC), and March (MM). Come on
out and support our new brethren. Educational and fun
programs will also be offered.
Worshipful Brother Mitchell and those before him have
kept Mariners strong. I hope to continue their tradition
by providing cohesion with the officers, communication
with Past Masters and serving the brethren.
I would like to thank the Past Masters for the advice I
have received and am about to receive, my officers for
being there even when I felt I was asking too much of
them and the brethren as a whole for electing me as
Master of Mariners Lodge
“You are not better than anyone else. You might just
be luckier…”

I am very lucky to be your Worshipful Master 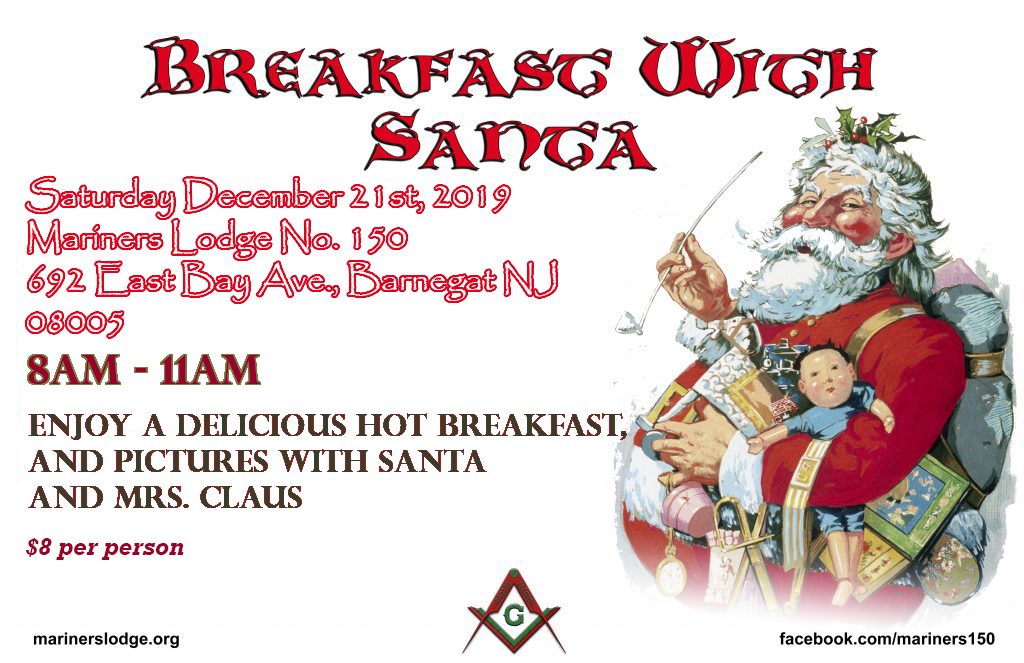 The menus will be abbreviated.